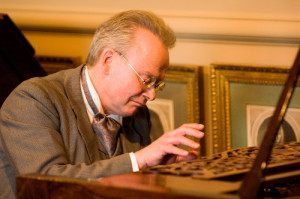 Editor’s Note: David Owen Norris is one of the best-known and beloved figures in British music today. He is a pianist, broadcaster and composer as well as Professor of Musical Performance at the University of Southampton, Visiting Professor at the Royal College of Music and at the Royal Northern College of Music in Manchester, a Fellow of the Royal Academy of Music, a Fellow of the Royal College of Organists, and an Honorary Fellow of Keble College, Oxford.
David Owen Norris was the first winner of the Gilmore Artist Award and has played concertos all over North America and Australia and in the BBC Proms. Solo recitals, all over the world, have particularly featured the music of Brahms, Schubert, Poulenc, Bax & Elgar. Lately, David Owen Norris’ own compositions have been gaining a large following and critical acclaim including the oratorio Prayerbook, the Piano Concerto in C and the Symphony. Two large-scale works appear in 2015: Turning Points, a celebration of democracy supported financially by the Agincourt600 Committee, and HengeMusic a multi-media piece for organ and saxophone quartet with film and poetry, supported by Arts Council England. David Owen Norris frequently performs the music of Bax and this October will be premiering several works at the Guildhall Art Gallery.. 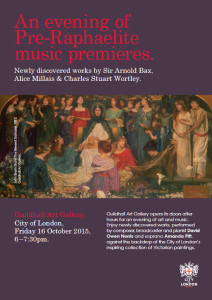