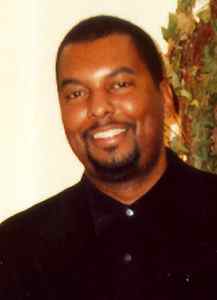 John McLaughlin Williams
Homepage Address: http://home.earthlink.net/~jonmw
It's amazing to learn that Bax's Violin Concerto had what is believed to be its first and only American performance just a few years ago. The musician responsible for this splendid revival is the adventurous American violinst/composer/conductor John McLaughlin Williams. John is an ardent admirer of Bax's music and in the interview below, he presents a strong case why he considers Bax among the very greatest of British composers and why his music needs to be performed more often. I appreciate John for allowing me to hear his glorious account of the concerto and for his willingness to be interviewed.
Richard Adams: You gave what is believed to be the premiere performance of Bax's Violin Concerto in the United States. That's an impressive distinction, particularly for an American artist. You are also developing a duo career as a conductor. Can we start off by discussing your musical background?
John McLaughlin Williams: I grew up in Washington, D.C. My parents were both very good pianists who met each other while studying music at Howard University in D.C. My father was particularly accomplished, but unfortunately he came up at a time when African-American classical artists were not accepted on the American concert stage. They tried to teach me the piano when I was quite young. I balked however, because the tunes they wanted me to play sounded nothing at all like the Bach and Chopin that I heard issue from their piano. So I heard a lot of music but participated not at all till I was 10 years old.
At that time there were string programs in the public schools, and I grabbed a violin. My parents thought I showed some promise so lessons were procured. I played a concerto with the National Symphony at 14, and went to Boston Univ., where I studied with Jerome Rosen (former asst. Concertmaster of the Boston Sym). I also attended the New England Conservatory, studying with Dorothy Delay for 2 years. I freelanced in Boston, playing in the Boston Symphony violin section a lot, the Opera, etc. I played in New York with the Orchestra of St. Luke's, and some Broadway shows as well. I played recitals and appeared as soloist with many orchestras in the New England area, including the Boston Pops, Boston Ballet orch., Portland Sym (MAINE), the Virginia Sym., South Carolina Phil., Civic Symphony.
Two and a half years ago I returned to school (the Cleveland Institute of Music) to get degrees in conducting and composition, graduating last spring. In that time I've conducted many works and had a large orchestral composition of mine performed and broadcast. I felt that I could make more of a difference in the music business as a conductor/composer, as conductors have more say in what gets performed. Clearly, to me at least, most conductors have proven to be astoundingly unoriginal in their programming, constantly replaying old pieces in which they have nothing to say, rather than finding some vital work that could use their advocacy. Which brings me to Bax.
RA: When did you first become acquainted with Bax's music?
JMW: My first intellectual acquaintance with Bax was as a teenage student, looking through Baker's biographical dictionary. So many composers (Bax too) were written of as important and of stature, yet I had heard nothing of their works. Then at N.E.C. I found the score to the 1st Violin Sonata (1st version) in the library, and I bought the Lyrita LP's of the 1st and 6th symphonies. The latter two works were a revelation: Strong, biting, hard-edged music of struggle, yet tinged with the wistfulness of one who has known loss. I was hooked.
RA: What impresses you most about Bax's music?
JMW: Its great integrity. Bax is what he is, a complete voice walking his own path. He is eclectic (which used to be the worst curse an English critic could throw at you), but all his musical forebearers are totally absorbed. As a composer you can ask for little more than your own identifiable voice. And that is what Bax has.  Like Strauss, Delius, Mahler or Korngold, about two bars are all one needs to identify Bax's music.
RA: Have you had any opportunities to hear live Bax performances in the United States and are there any recordings of Bax's music that have impressed you over the years?
JMW: I have never heard a live performance of an instrumental or orchestral work of Bax, save my own. As for recordings, the Lyrita symphonies are unsurpassed, though B. Thomson gave us a great reading of the 2nd and 6th. Handley is really the best, I think. He did an incisive 4th with the Guildford Phil., which shows the piece to be not at all slack. And that Spring Fire on Chandos! The recent Hyperion chamber set is excellent, though I treasure the old recording of the Nonet with Goosens, etc. I have a tape of Joyce Hatto doing piano works, in which her playing of the Toccata is exquisite.
RA: When did you first become familiar with the Bax's Violin Concerto and what drew you to the work?
JMW: I knew it was in Bax's catalogue, and after reading Peter J. Pirie's negative assessment in his book, "The English Musical Renaissance," I became really interested. I went to the Library of Congress in Wash. D.C. and got a copy to study. Though Bax's orchestral style translates badly to the piano, I had heard enough of his music to know that the concerto is a special piece and that it would "sound." My eye was caught initially by the very restless chromatic opening and the beautiful Celtic tune (with harp) that forms the 2nd part of the 1st movement's tripartite structure.
RA: What are the challenges of the work both technically and interpretively?


JMW: True. If you listen to Hanson's 5th Symphony or Creston's 2nd,  you can hear clearly the Sibelian influence. Sibelius left a fruitful path for others to tred.


RA: What are your future plans?


JMW: I feel like I should put my phone number here along with a big sign that says "AVAILABLE." I want to be an assistant to someone who's well established, as that is the best way to learn the conducting business. And make no mistake, it is a business. I'll continue to compose as time allows and I will continue to play and conduct every chance I get. The Samuel Coleridge-Taylor CD will be out in a few months and I'm talking with the same company about a Jongen CD.